Progress towards equal rights for Pastafarians

When I was about 21, I requested from the Department of Motor Vehicles permission to take my "official" photo license picture dressed as a clown...so that when I got pulled over and the officer said, "Are you the clown who just blew that stop sign?"

I could whip out my license and say, "Yes Sir!"

they rejected my request!

I despise those who are Pastafarian. While I myself do not believe in any religion the very concept of Pastafarianism is repugnant to me. If someone wants to delude themselves into believing in divine beings fine, these people however...

Ain't the world a madhouse, lol!!

That guy is wearing a spaghetti sieve on his head and the Austrian authorities apparently don't realize that the whole spaghetti monster stuff is about making fun of religion. It's Monty Python-like satire, so to speak.

How they could grant the 'Pastafarians' the status of true believers is beyond me.

Thou shalt not use Ragu!

I want to live in America! When Lindsay Miller initially tried to get her driver’s license photo taken with a pasta strainer on her head, the Massachusetts Registry of Motor Vehicles balked.

But, following an administrative appeal with the help of civil rights groups, the agency on Thursday permitted the self-proclaimed “Pastafarian” to don the metal colander and do so.

Although hats and head coverings are ordinarily not allowed, medical and religion-based exceptions are made. And Miller, because she is a member of the satirical Church of the Flying Spaghetti Monster, qualifies, the Associated Press, the Boston Globe (sub. req) and CBS Local explain.

“As a member of the Church of the Flying Spaghetti Monster, I feel delighted that my Pastafarianism has been respected by the Massachusetts RMV,” Miller said in an American Humanist Association news release. “While I don’t think the government can involve itself in matters of religion, I do hope this decision encourages my fellow Pastafarian Atheists to come out and express themselves as I have.”

The civil rights group and attorney Patty DeJuneas of the Secular Legal Society helped Miller with the administrative appeal.

Arguments by Pastafarians that they are entitled by their religion to wear an upside-down spaghetti strainer on their heads for driver’s license photos have succeeded in several states and a number of foreign countries.

But prison officials in Nebraska and a local federal judge are made of sterner stuff.

In a Tuesday ruling, U.S. District Judge John Gerrard agreed with the approach taken by state prison officials and dismissed a religious discrimination suit filed by Stephen Cavanaugh. That was both because the 24-year-old did not adequately explain how his free exercise of religion had allegedly been blocked and because the judge said the religion Cavanaugh cited—Church of the Flying Spaghetti Monster—is not a religion but a parody.

“The Court finds that FSMism is not a ‘religion’ within the meaning of the relevant federal statutes and constitutional jurisprudence. It is, rather, a parody, intended to advance an argument about science, the evolution of life, and the place of religion in public education,” Gerrard wrote. “Those are important issues, and FSMism contains a serious argument but that does not mean that the trappings of the satire used to make that argument are entitled to protection as a ‘religion.’ “ 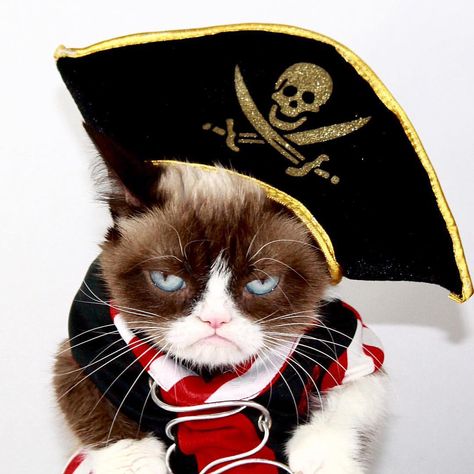 This is just the answers. You figure out the question. I will give you one.

You have to imagine yourself doing a crossword puzzle and after getting a lot of the down answers, the across answer suddenly explodes in your brain. This "Eureka Moment" is a very real phenomenon and explains why mediumly funny solutions stimulate the laugh out loud response.

I will give the clues and answers to a couple and then you see if you can figure out the clues. From The New York Times Sunday crossword, “Questions for the Pharmacist,” by Cathy Millhauser.

What’s your favorite old TV show? Smokey and the Bayer.

What would you say if you found some pills in your mixed vegetables? Bufferin succotash.

How do I get these tablets out of the bottle? Bang the Tums slowly.

Dristan and Isolde. Perpetual Motrin. The age of Anacins. On Eleve of absence. Family Sucrets.

This calls for a serving of ritually purified mac and cheese.

Interesting? I am not sure about listening to an audio version when I have use of my eyes.

Doctor Who: Christopher Eccleston Returning as The Ninth Doctor. The first Doctor of the new era is back for a new audio series. By Matt Fowler Updated: 9 Aug 2020 12:51 pm

Christopher Eccleston, as the Ninth Doctor, helped usher in a new era of Doctor Who, though his tenure would be short-lived as the actor would leave the series after only one season of 13 episodes due to a breakdown in his relationship with then-showrunner Russell T Davies.

Eccleston also famously turned down the chance to reprise the role on several occasions over the years, including an appearance on the 50th Anniversary show.

Now it's been announced that Eccleston will return to the role of the Ninth Doctor after fifteen years, for a new Ninth Doctor audio series from BBC Studios and Big Finish.

The series will feature twelve full-cast audio adventures, due to be released across four box sets, starting with volume one in May 2021.

“After 15 years it will be exciting to revisit the Ninth Doctor’s world," Eccleston said in a release, "bringing back to life a character I love playing.”

Big Finish’s Chairman, Jason Haigh-Ellery said: “I first talked to Christopher about returning to the role of the Doctor at the Gallifrey One convention in February this year. Christopher said he was enjoying meeting the fans and was pleased that his Doctor was remembered so fondly. He indicated he would be open to discussing a project with Big Finish."

“And then the pandemic happened and time moved both quickly and very slowly. Over recent months, ideas have been exchanged and discussions had. I am so pleased that Christopher has decided to return to the role with us – and I'm excited to welcome him to the Big Finish family as we discover the new adventures of the Ninth Doctor.”

The four volumes in Doctor Who: The Ninth Doctor Adventures will be released as a 4-disc collector’s edition box set or download containing three brand-new full cast audio adventures, plus a selection of behind-the-scenes extras. Pre-ordering is available now. Other details, including additional guest cast, are not known at this time.

Man, am I getting slow.

I had to look at that for a couple of minutes before I got it.