The Mouse That Is No Longer Roaring

Here are a few Breitbart articles for you to get an idea of what is going on if you are not tuned into The Magic Kingdom these days. 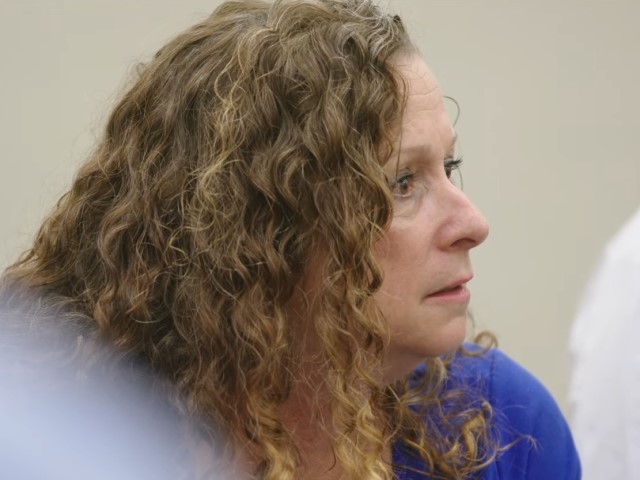 Heiress Abigail Disney Trashes U.S. in Film: American Dream Is a 'Nightmare' for Most 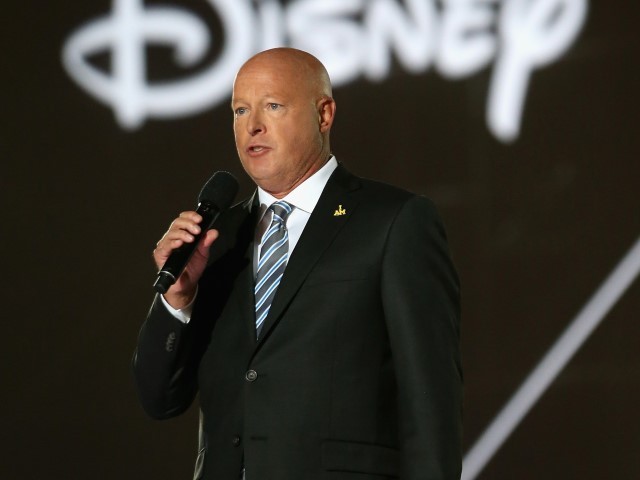 WWW.BREITBART.COM
Consumers have been shedding streaming services to save money amid inflation but Disney is loosing U.K. consumers at a faster rate than... 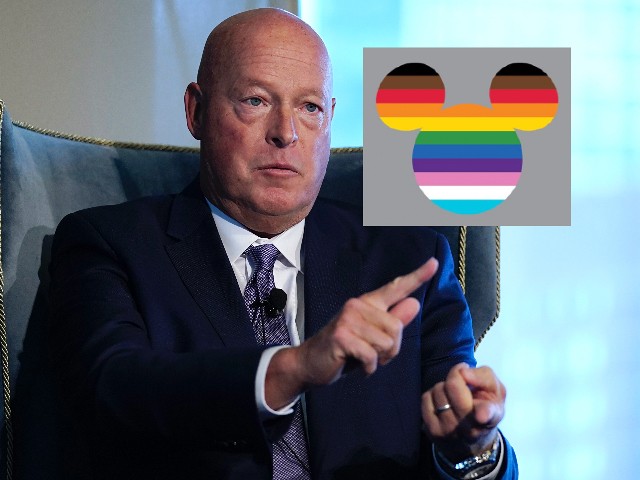 WWW.BREITBART.COM
The Disney brand has taken a huge hit among American parents, with a majority of independents saying they "no longer trust" the company's...

Nolte: Disney's Support for Child Grooming Is a Game Changer

People put up with a lot to preserve their good innocent feelings from youth.

But when their own children start losing youthness by the same source of innocence, sunshine and lollipops, that is, are being groomed to become predator food, mutilated or extremely unhappy, a rupture appears, first small, then a major rift.

It will be capitalism's famous creative destruction.

Watch as people throw Disney into the normal market (that is, remove its special market protections), then stop buying.

If you are a self-made person (like Walt), just remember you will have kids, grandkids or great grandkids (or other forms of progeny) who will screw it all up. So live and bask in your achievement. You made it. You deserve it.

If you are a self-made person (like Walt), just remember you will have kids, grandkids or great grandkids (or other forms of progeny) who will screw it all up.

The Starnes heirs of the 20th Century Motor Company come to mind...

The start of the fall.

This is Fourth Turning stuff.

At least there will be less woke crap served up to kids in the place of entertainment and education.

And that's just the start of a trend.

I wonder if the head honchos at Disney are noticing what's destroying their company...

That this was added to the redistricting stuff is a sign that this is reality, not "narrative" to be controlled.

Colorathole's Governor is trying to redefine "socialism" as the removal of cronyism/political favoritism. 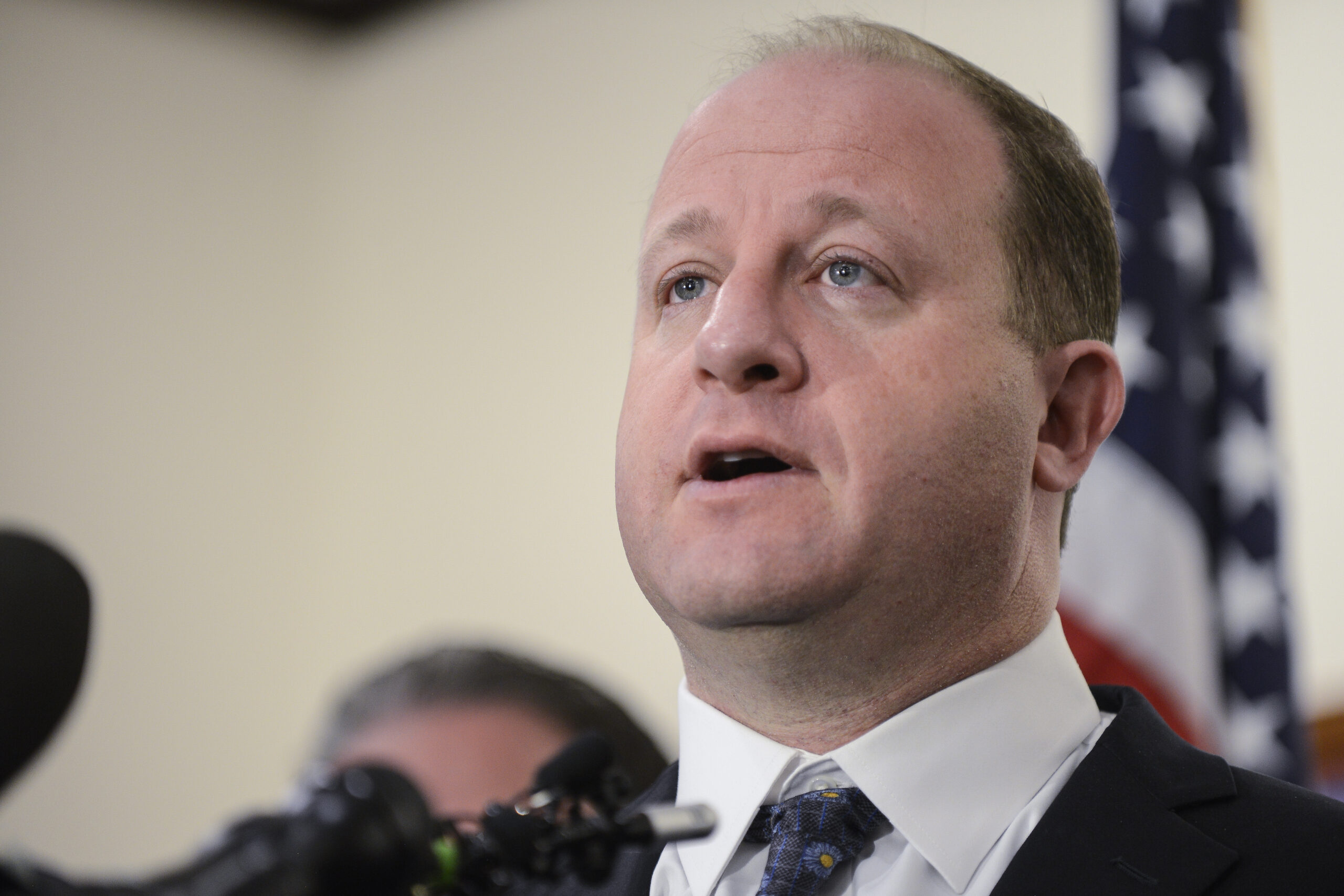 It looks like the market is letting go of Netflix due to wokeness. 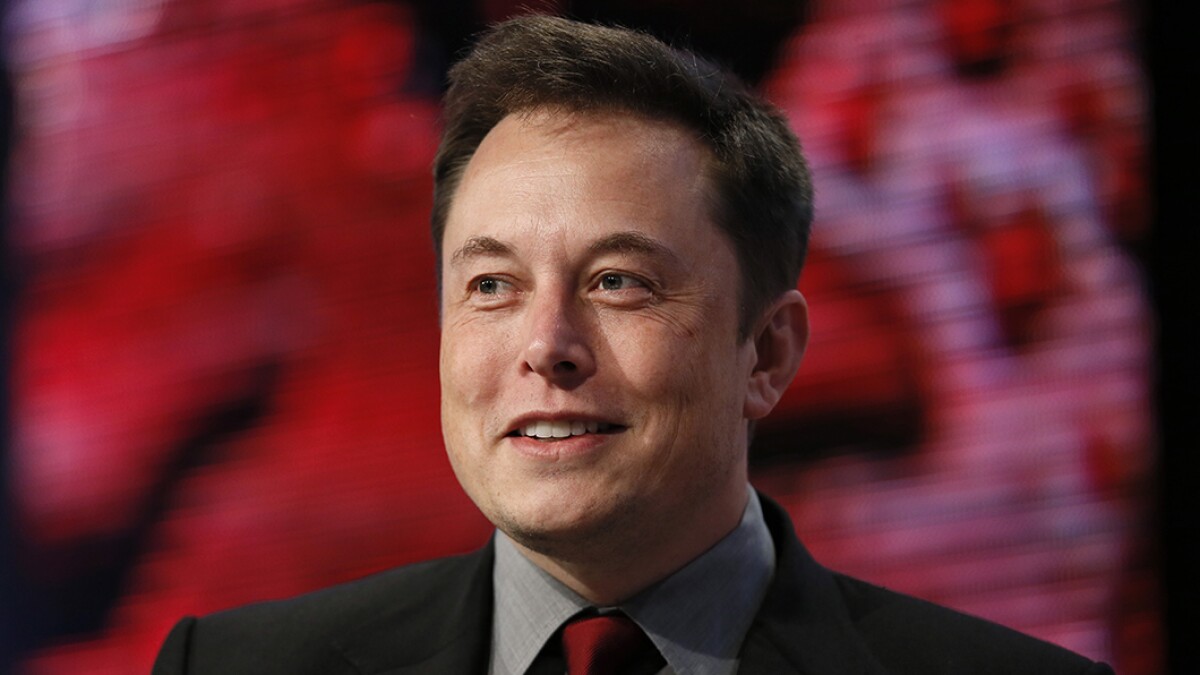 WWW.WASHINGTONEXAMINER.COM
Netflix’s video streaming service saw a historic drop in subscribers Tuesday, and Elon Musk said it was due to the "woke mind virus" in...

Netflix’s video streaming service saw a historic drop in subscribers Tuesday, and Elon Musk said it was due to the "woke mind virus" in the media.

Netflix’s video streaming service lost 200,000 subscribers between January and March, according to a quarterly report released Tuesday. The reported losses led to its stock dropping 25% in aftermarket trading, setting the stage for a loss of $42 billion in value Wednesday.

I'm proud to say that Kat and I have contributed to this.

We hardly watch it anymore. I have tried, I really have.

The last film I saw on Netflix was a doosey and Kat refused to watch it. The thing was called Small Town Crime and was just horrible.

I could go into it, but I'll just say this. Small Town Crime is a perfect example of what happens when the screenwriters read too many screenwriting books. Since I have real a ton of those books, I was able to watch it all unfold as the movie progressed. I didn't even need to analyze it later. This was pure film noir paint-by-the numbers. The protagonist, although colorful, was totally unbelievable due to the need to keep hitting standardized plot points (and a few not standardized, but ripped off from other films and discussed in screenwriting books) no matter what his mental state was. Even the camera work was cliché after cliché. Just awful...

I don't think Netflix understands what "not boring" means anymore.

Anywho, Kat and I did our little part to help history along.

EDIT - btw - On the Netflix cancellation form, they asked why we were canceling and had a long multiple-choice list. None of the options were relevant, but the last was. It said "Other" and there was a blank space with a request to state the reason. I wrote: "Too much woke stuff. Not interested in that."

Did you see how fast this Disney issue came up and got resolved?

Disney tried to take on DeSantis and threw its weight against the new law that forbid public schools from teaching sex to young kids, which the radicals--including Disney management people--were erroneously calling the "Don't Say Gay law," so DeSantis simply resolved it.

In political terms, it was at light speed. No long debates. No press campaigns. No committees. No reports. No nothing.

DeSantis called a special session for a redistricting issue and said, oh, while we're at it, let's get rid of Disney's privileges. And they did.

He should have this signed into law shortly.

Now imagine what a Trump presidency will look like in this respect once he is back in office and has the House and Senate.

I know there are some people who are trying to drive a wedge between DeSantis and Trump, but they are both on the same team.

Up to 2025, I see changes for the better with a MAGA House and Senate, including a lot of destruction of the toxic infiltration that took place in American culture. But after 2025, I expect lasting changes to come about for America. Changes that go back to the Constitution. By that, I mean the sprit of individual freedom, not group privilege.

And it will happen with the same speed as DeSantis's way of handling the Disney bullshit did. 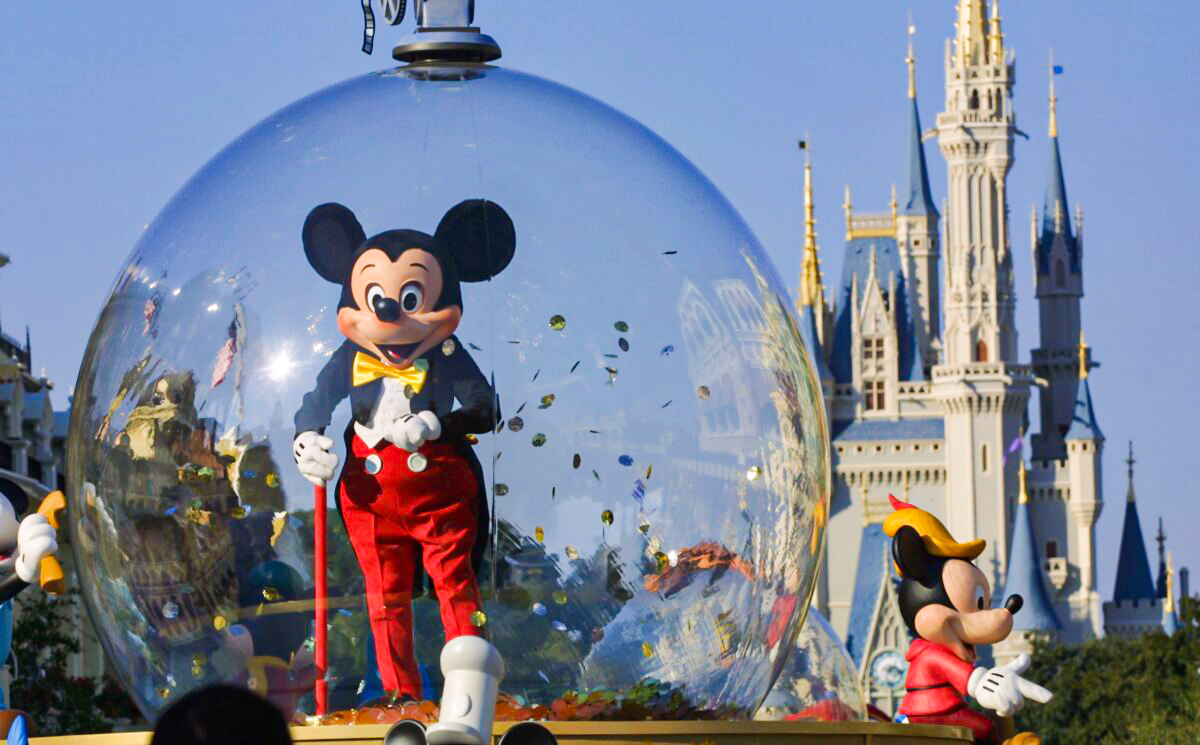 Let's see if I understand.

Disney immediately cancels a stupid woke policy that was bothering the hell out of customers.

Man, listen to all that yelling.

Anyone doubt the outcome?

Man, listen to all that yelling.

The woke lefties are so clueless.

Do you know what all that screaming sounds like to religious people?

I doubt all that screaming will influence any religious person other than to make them glad and praise God these demons are cast out.

In fact, these clueless woke lefties just gave some of the best free advertising to the churches than they have received in a long time.

To me, this is related to the cultural rejection of top-down programming from the predator class and woke left, but I'm not going to make a fuss about it.

I just want to mention it.

The Obamas are set to part with Spotify after the streaming giant decides against offering a new deal, a report says 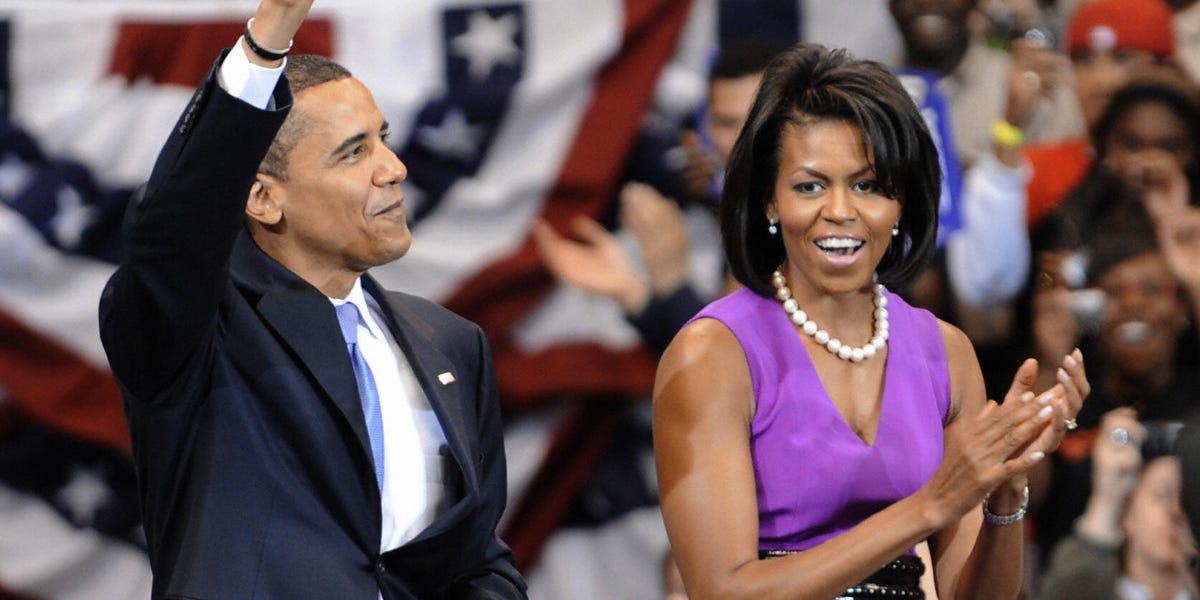 The Obamas are set to part with Spotify after the streaming giant decides against offering a new deal, a report says

WWW.BUSINESSINSIDER.COM
Spotify's bowing out was due to a number of disagreements it had with the Obamas' production company, Higher Ground, throughout their partnership.

They're spinning it like the Obama's are super-successful podcasters and are leaving on their own, but Spotify is the one not offering a contract.

An era of Americana has ended. WWW.THEGATEWAYPUNDIT.COM
Florida Governor Ron DeSantis signed a bill into law on Friday that terminates all special districts that were enacted in Florida prior to 1968, including Disney’s Reedy Creek Improvement District. The new law will...

Barring a miracle, this is the formal start of the end.

May the ones who replace Disney as American icons have long-lasting success.

Here's what happens when context is excluded from principles.

I grant there is a seed in DeSantis that could sprout authoritarian with the right cultivation, which is probably why I have held him at arm's length. But people like Jenna Ellis below are actually on board with that kind of Christian authoritarianism. Instead, she is fighting for a principle. And, in my view, due to eliminating context, she is botching it.

(Yes, even in Trump-Land, there are attempts that just go haywire. Them human suckers never act right 100% of the time. 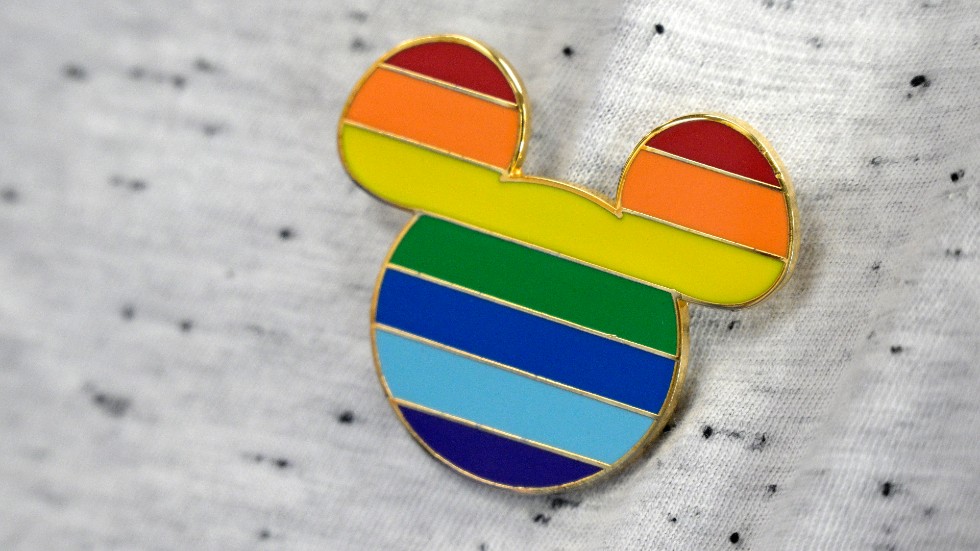 There are several contexts dropped here, but there is one context that skews the whole thing at the root.

Robert Barnes presented it with consummate mastery in just 9 words.

To repeat Robert's words if Twitter ever takes that down:

Disney doesn't get to self-police its groomer problem.

States are allowed to grant special privileges to whoever they want so long as the local people are good with it.

Once the local people are no longer good with it, the state that granted the privilege can take that privilege away.

Nobody has to like that system, but unless the system gets changed, that's just the way it is.

What's more, a government-granted privilege is not a right.

Local people are disgusted with grooming kids sexually. They don't want any privileges granted to an organization that currently exists to groom kids sexually.

That's one hell of a context for Jenna to drop.

Not to mention the illegality of pedophilia. Disney has had, and is having, several headaches on that score. And, there's Robert's inference that self-policing at a state level does not include federal law, nor self-policing malfeasance by the very organization that is doing the self-policing. Or how about the legislative autonomy of the state government to grant or remove privileges for whatever reason, especially when such laws are passed by congress and signed into law? Is removing a privilege that others do not have considered a punishment under the law?

Jenna can see herself as fighting for principle, and there is both legal and moral merit to her argument if it existed without a context. I even agree that DeSantis was wrong to emphasize that part about Disney disagreeing with a state law. But not just one context exists. Several do. And each of them comes with a bunch of laws that also apply.

Also, there is another context with its own problems.

Man, the news cycle is something, isn't it?

I don't know about you, but it feels like the Disney thing was over a month ago, not a few days.

Ahywho, here's part of the reason. 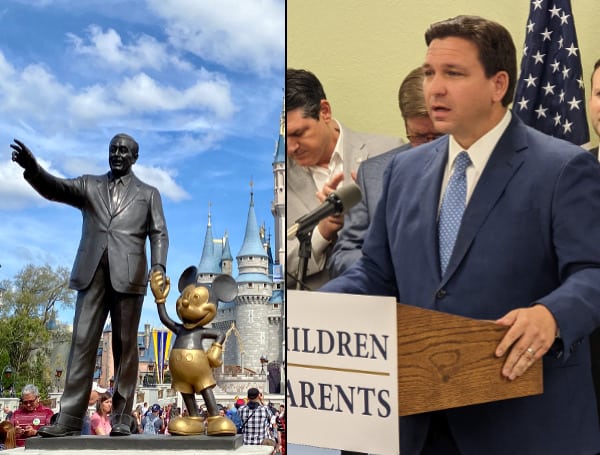 People are going to say this and that, but there is only one ruling principle here.

That's not the finest principle in mankind's heritage, but it sure works for those who know how to wield it.