Fraud and Context in the 2020 USA Elections

Oh, it's shining. The problem is getting through the clouds. The really bad things are yet to come but even those will be transcended as humanity lumbers into its future. We are in an acceleration of

The reason Mike Lindell has not been too much in public about the election fraud is that he has been spending most of his time with Attorney's General of the different States all over America and the projects deriving from that (presentations, local voter canvassing, etc.).

The upcoming 3 day broadcast is kind of like his return to the public politics-wise. It's to prepare the public for a bunch of these AG's submitting a case to the Supreme Court.

They have standing to do so.

I wonder how many dead people still vote Democrat

You'll have to ask them.

The live feed from the Arizona Senate is up on YouTube:

Much water under the bridge since that day. All this time, Karen Fann and her Republican colleagues have been fighting an Open Records case -- trying to keep communications between the Senate and CyberNinjas under a cloak of Senate privilege.  The Senate has lost at every step of the way -- on Tuesday this week a judge handed down the latest ruling.  Here's an explainer from radio KJZZ, following on a brief AP story by Greg Hahne.

[...] Judge Hannah says the Senate waived any claims of privilege, citing a livestream, and access for the media to watch the review. He says this has been a highly public process.

A lawyer for Cyber Ninjas, the company hired to handle the election review, says the firm is unable to pay debts. He said it cannot afford attorneys to help comply with court orders.

Cyber Ninjas reported a $2 million net loss from the audit. But Hannah says the firm can give the records to the Senate if Cyber Ninjas doesn't review them itself.

Who blew up the budget for the Oddit?  I blame Jovan Pulitzer. 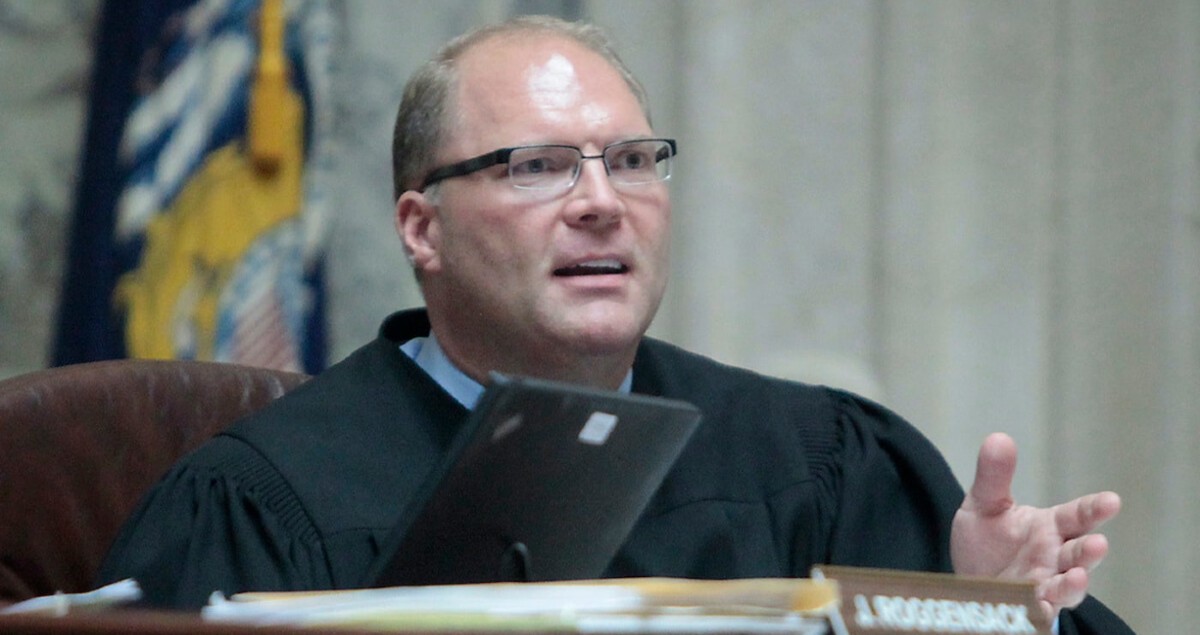 Meanwhile, in other (better) news:
Remember Jussie Smollet and the "MAGA COUNTRY!" hoax? Pepperidge Farm remembers, that, too... 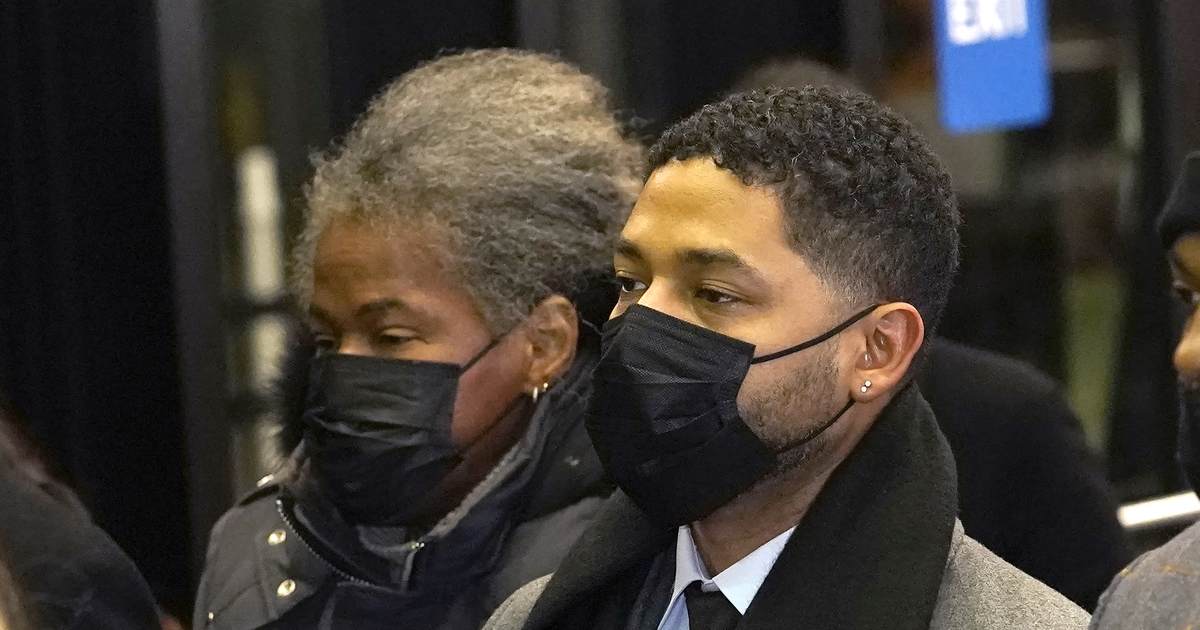 PJMEDIA.COM
Jussie Smollett was found guilty by a jury of his peers of five felony counts out of the six brought against him by the state of Illinois for...

A picture is worth a thousand words. Notice the following quote in your PJ Media article:

Sentencing will take place in January and Smollett could see  sentence of up to three years behind bars but experts do not expect jail time.

You look at that and can't help think, WTF? Five felonies and no jail? What's that about? Why would a news agency even say that?

Then, when you look at the picture, you realize even PJ Media has to have Deep State tentacles sinking into it.

On another note, I have looked around and cannot find news articles that list the actual charges. Isn't anyone interested in seeing which charges the jury found Smollett guilty of and the one charge where they found him innocent? Why the blackout? I know this is public knowledge so it is not technically a blackout, but this behavior makes me wonder what they want to hide. Nobody's talking about it and I know people are curious. I know I am.

The funniest comment I've seen about this issue so far is from Michael Malice. He inverted the racism agenda and aimed it straight at the progressives.

This is even funnier than the first time I saw it.

MAGA hats!? In Chicago?  Frank find out where Kanye was last night….

It is not moving as fast as I would like, but it's moving.

The counterfeit ballot thing is actually being investigated by the Arizona AG. And they are finding shit galore.

A possible election result being overturned because of mail-in shenanigans:

"A divided Pennsylvania appeals court said Monday that vote-by-mail ballots returned without dates in Lehigh County should not be counted, reversing a county judge’s decision in a case that could affect the outcome of a close race for a seat on Lehigh County Court.

"In an opinion for the two-judge majority, Judge Patricia A. McCullough said the court was obligated to follow a state Supreme Court ruling on the same issue in the 2020 presidential election, when undated ballots in Philadelphia and Allegheny County were challenged.

"Although the Supreme Court ruled that the undated ballots should be counted in that instance, a majority of four justices said the missing dates were not a minor flaw and should not be overlooked in future elections.

"The Lehigh County case will decide the outcome of a race for Lehigh County judge in which Republican David Ritter leads his closest challenger, Democrat Zachary Cohen, by only 74 votes. But the Commonwealth Court decision may not be the final word, as Cohen’s attorney said he will ask the Supreme Court to hear an appeal."

WWW.MCALL.COM
A Commonwealth Court panel has reversed a Lehigh County judge's decision on vote-by-mail ballots with missing dates, ruling that the...

Video of the presentation for wonks and details aficionados ...

For some reason I knew you would post that.

And of course, you would stay within the confines of mainstream media or sometimes fringe people. But you would never seek out the party smeared just to check.

So let's go to the party smeared just to check, shall we? 100PERCENTFEDUP.COM
On November 9, an Arizona Appeals Court declined to grant the request of private corporation Cyber Ninjas Inc. to prevent […]

That judge is about as predator class and Democrat as can be possible, and he is about as sleazy as possible in saying he is not.

Read the article for proof. It's well-documented.

Regardless of the "controlled narrative" The Arizona Republic will try to spin if it ever gets its mitts on the private correspondence of Cyber Ninjas, the report from Cyber Ninjas is still official and on record.

But anyway, who cares at root other than the authoritarians?

A big change is coming and they are being taken out.

I was just watching Steve Bannon and the War Room and he made a few incredible points.

The first is that the Arizona Senate (and other state congresses) will get back in session next week, so Trump's rally in Phoenix, Arizona (which you can see here on OL) was essentially the beginning of the decertification process for the 2020 election.

Don't forget that talk about decertification kind of fizzled for a while. This was because state legislatures were in recess. Now it will start up again.

Trump mentioned in the rally that a whole lot of evidence of the 2020 election fraud is coming very shortly.

Oh, it's shining. The problem is getting through the clouds. The really bad things are yet to come but even those will be transcended as humanity lumbers into its future. We are in an acceleration of