"Insurrection?" I got your insurrection right here...
So obvious, even an non-Objectivist can see it.
And these people SHOULD, under the Objectivist ethics, be removed from office, and held accountable for their treason.

(In response to this:)

He's the guy being considered at MSNBC to replace Rachel Maddow.

btw - Maddow wants to "spend more time with her family." Translated, that means she's getting out of Dodge before the shit she helped feed to the fan hits for real.

(Similar to Jon Stewart retiring a few years ago due to Obama's bait and switch.)

Steve Bannon has been on the warpath against Mitch McConnell for a few days now because of the spending debacle of the Democrats. There were four points: Continuing Resolution, Increase the Debt Ceiling, Infrastructure Bill and Green New Deal. Trillions of dollars in play.

Mitch caved on the first and the Dems got a Continuing Resolution until December. The Dems were totally jammed up on the Debt Ceiling, though. There was no substantial Republican pressure on Mitch to save this for Biden. On the contrary, he didn't have the votes even if he wanted to.

However, on the sly, he twisted arms and bullied and got the 11 Senators he needed to save Biden's ass for free.

Bannon exploded. He's put up the names, addresses and phone numbers of all the Senators who voted with Mitch and told his audience to stay on top of them nonstop. (Don't forget that Bannon's War Room podcast now has a "download" audience of close to 100 million.)

And he finally crossed the Rubican. He said that if anyone intends to vote for Mitch McConnell to continue as leader of the Senate, he wants all MAGA people to vote against them at election-time. And he still wants his MAGA audience to keep calling them. Too little too late. I predict Mitch McConnell is ripe for retirement as leader and I don't see him getting reelected later when it's election time for him.

Mitch fucked up on the one he could not fuck up.

From Biden's home-state of Delaware...

"WILMINGTON, Delaware -- Delaware's state auditor, who is responsible for rooting out government fraud, waste and abuse, was indicted Monday on public corruption charges.

"An indictment issued by a New Castle County grand jury charges Kathleen McGuiness, 58, with felony counts of theft and witness intimidation, and misdemeanor charges of official misconduct, conflict of interest and noncompliance with state procurement laws." 6ABC.COM
The allegations include hiring her daughter for a no-show job, handing out contracts to campaign consultants, and submitting requests to...

From Biden's home-state of Delaware...

Have you noticed an uptake in the number of crooked politicians falling, being investigated or resigning? It's not a splash, but an undercurrent that is getting stronger.

It looks like a housecleaning where the cleaners are trying to be discreet. WWW.THEGATEWAYPUNDIT.COM
We are in serious trouble in the United States of America. We have a mostly incoherent “president” that over half of America doesn’t believe was elected fairly. Joe Biden is likely taking orders from unelected...

There is no evidence of widespread voter fraud in the 2020 US presidential election, government officials and election experts confirm

"According to former attorney general William Barr, the Department of Justice found no evidence of “fraud on a scale that could have effected a different outcome in the election.” Election officials at the Department of Homeland Security said “the November 3rd election was the most secure in American history.” Voter fraud of any type is incredibly rare, reported The Associated Press and Reuters. Officials and experts warned ahead of Election Day that most interference in US elections comes in the form of misinformation campaigns, many of which are intended to create distrust in America's electoral process."

Prosecutors say Marie Beren, who is no longer with Squilla's office, used her role as a de facto judge of elections in three South Philly voting divisions to cast fraudulent votes for candidates at all levels of government. 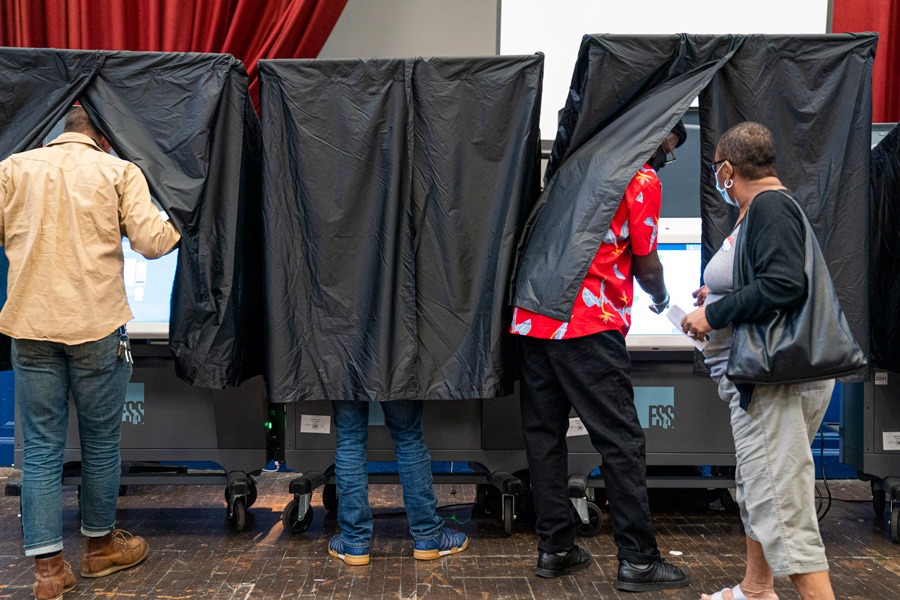 WWW.PHILLYMAG.COM
The feds say Marie Beren cast fake votes for candidates at all levels of government

These Republican anti-Trumper idiots don't realize that most people see the following as a sign of weakness and cover-up. Here's how most people think when they see that.

"Trump lost. No more audits. We don't want to get caught."

I can't channel "most people," or anyone for that matter, but this one is a no-brainer.

'I find that the civil rights of the defendant have been abused,' the judge said 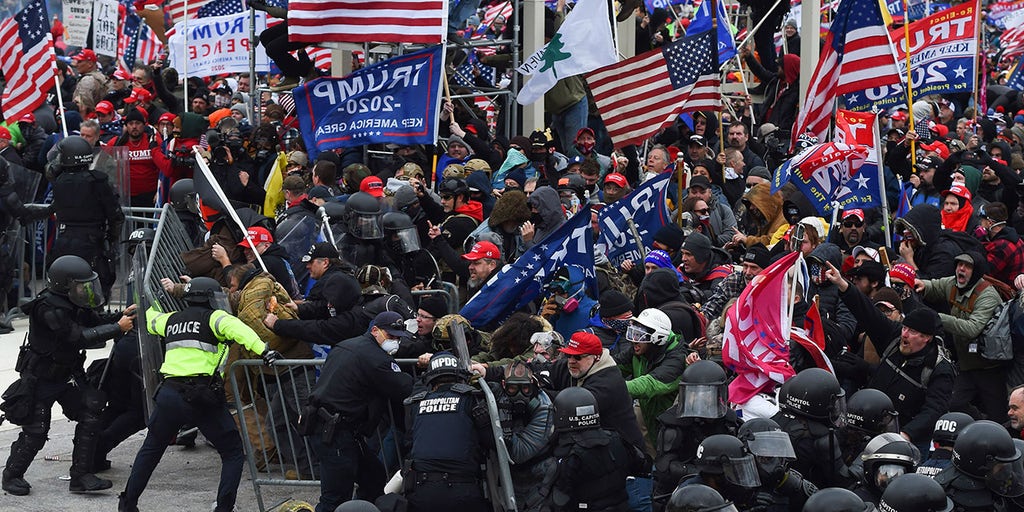 WWW.FOXNEWS.COM
A federal judge has found the warden of a D.C. jail and the director of the D.C. Department of Corrections in contempt of court Wednesday...

I'm not sure where to put this.

It's the country unraveling, not the deep state.

Michael, please move the post if you think a different thread is more appropriate. WWW.THEGATEWAYPUNDIT.COM
Biden’s Secretary of Transportation, ‘Mayor Pete’ Buttigieg, is out on paternity leave.  So Biden chooses a US Maritime Administrator with zero experience on commercial ships to address the largest shipping...

It's the country unraveling, not the deep state.

That appointment in itself is part of the Deep State unraveling.

They will not be able to sustain what comes from it.

Watch what happens in the country around Christmas when nobody can give and get their presents.

Climate change will not even be on the table in the backlash.

They will not be able to sustain what comes from it.

Here's another problem area where the Deep State is unraveling.

I wish rallying were like a remote control button where you push it and people immediately take up arms or whatever they need to do, but it's more like a crop growing that needs several seasons before the good stuff happens.

I believe America is getting to that point. And even then, it's not a complete break.

However, I believe in America and Americans when they get riled for real.

I think this problem is going to be taken care of in the foreseeable future.