Wolf, that picture speaks a thousand words. Other than being cronies, and communicating with each other, does anyone have some evidence about how they can undermine a powerful, sitting President? Comey and his cohorts tried and failed. I would suspect with Nixon there were serious misdemeanors when he feared impeachment. But with Trump no such thing exists, other than Trump speculating about how to make lies go away. Which instead of being criminal (I'll take the plea bargain lesser sentence, Judge) President Trumps displeasure was heroic.

As that fiend, oops I mean friend of the poor and the earth Peter Segar said , "Where have all the flowers, gone?" Hey Pete you idiot, If you had ever stepped outside when the sun was shining, you would have seen flowers! And hey Pelosi and posse, stop making shit up and expect us to believe it!

You are correct about Obama, Wolf. The FISA treason has his name on it. He will not live a full life.

The Gang would have someone else out front doing all the same things.

Same for if they succeeded taking out Trump right now — the Alliance action plan would continue rolling but some other face moves forward to front it.

The Great Man Theory is wrong, it is Great Gangs that compete and make history.

The ultimate? Reader's Digest had an interesting article about several conspiracy theories being debunked but I won't give it away.

Assange may be extradited to America per fox at 6:32pm.

The ultimate? 911 or the Pentagon were really hit by a missile?

Roswell / They walk among us?

Seinfeld had Kramer seeing a half pig, half boy in the hospital. Riff. So, there I was, Jerry. I was being operated on but I was only half asleep. And when I woke up, HE was sitting there in a robe and little pointy, white shoes. It was Jesus, Jerry!

No Kramer. That was your anesthesiologist.

Oh, and now your going to tell me I did not see a half boy, pig? 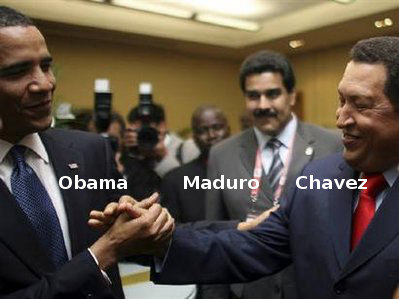 I have begun to wonder if Obama is running the Deep State behind the scenes. He might be an Acting President, everyone in the Federal civil service working hard to oust Trump. Sort of makes sense. Obama lives in Washington. ﻿Be interesting to have NSA metadata on who he talked to last week, and whether he personally directed Lynch and Comey to bury the Hillary evidence. Anything is possible.The caravans were a stroke of genius. Motor voter registration and driver licenses for illegals. Yep. Recent history has Obama's fingerprints all over it. Rush Limbaugh speculated that NATO diplomats agitated for an FBI counterintelligence putsch to smear candidate Trump. No way. It was an Obama White House op, start to finish.﻿

Welcome to the party.

I won't say Obama is the mastermind, but he is certainly in on almost everything. He has the the normal deniability measures of sending out his peeps instead of doing things himself, but I contend his peeps do not go out unless he gives his blessing behind closed doors...

Doug Morris wrote on another site: Our closeness to civil war is due, not to the respects in which we actually match what Ayn Rand would consider an ideal society, but to the respects in which we fail to match it.  Mixed-economy statism leads to pressure-group warfare, which may possibly lead to actual civil war.  Lack of good ideas in people's minds leads them to make all sorts of mistakes, resulting in all sorts of destructive consequences.  To the extent that different people make different mistakes, this is one source of conflict. end quote

This is a great description of the Objectivist subcommunity, starting with Rand's break with the Brandens and following all the way down to today.