Judge Kavanaugh and the Crazy Lady

I don't want to talk about it. --Brant

Hi. Not to detract from everything else posted above, but - er - you realize that Christine Blasey Ford was reportedly involved in CIA recruiting at Stanford, right? Her father was CIA, and her brothe

Well... the Dems wanted an FBI investigation. It looks like they are likely to get a doozy. From Politico: Cotton: Feinstein to be investigated over leaked letter from Ford In the

Dogs are better than most people. --J

I know they receive funding, I already looked.  It does not mean the elevator protestor was a Soros operative.

I know the guy yelled, "Allahu Akbar," before he started chopping people in the street with a knife, but that doesn't mean he was a Muslim.

Yeah, the new Narrative is the Kavanaigh, in responding with conviction and emotion to the left's tactics of employing the presumption of guilt to attempt to block his confirmation, has shown himself to be unfit. His having identified the reality of what the left is doing is said to be proof that he is biased and has a political axe to grind, proof that he can't be fair in hearing cases.

Let's test this theory. Let's try it out on a leftist nominee, or any candidate. It won't be tee hee heeeeee then, will it?

I know the guy yelled, "Allahu Akbar," before he started chopping people in the street with a knife, but that doesn't mean he was a Muslim. 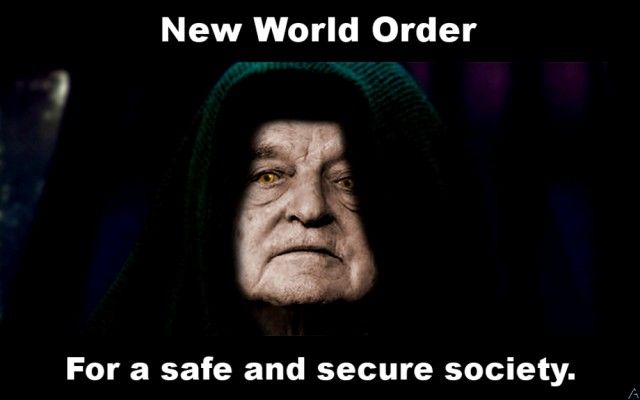 Only I have the right to nuance.

It's what makes me superior.

At first I thought that was Steve Bannon.

Sure enough, it's already been done.

Only I have the right to nuance.

It's what makes me superior.

It accuses your eyes,

and calls that nuance.

LATER EDIT: Just in case it's not clear, my comment to Korben was tongue in cheek. The aphorisms in this post are me Nietzscheing around.

I just learned something.

She is Kavanaugh's lawyer.

I don't think there is any restriction against a Supreme Court Judge suing someone or several people for defamation.

I bet this happens.

I smell impending ruin in the air. And Kavanaugh ain't the ruination...

What I'm seeing on social media is that Kavanaugh's response to accusations which have no evidence or corroboration is definitely proof to the left that he's unfit to serve on the Court, that he's guilty of having assaulted Ford, and that he's also a belligerent drunk and rapist. No "reasonable doubt" at all. Cuz he behaved in front of the senate committee how guilty rapists behave. They fight back when accused. They get angry when they're put in a public situation of presumed guilt and the absence of due process. And they tear up and express sadness about the pressure and unfairness, boo hoo hoo. Innocent people don't act like that. Innocent people are calm, cool and collected, and not all emotionally weepy/angry.

But, if Kavanaugh had been calm, cool and collected, then that would have been proof that he's guilty of having assaulted Ford, that he's a rapist, and that he's unfit to be on the Court. It would have shown what a cold fish he is. Only guilty perverts maintain their composure when accused of things without evidence and treated as if presumed guilty.

And if you stand for presumption of innocence, well, then you're just a Kavanaugh-lover, a Republican apologist, and a rape-enabler. You hate women and think it's funny when they get raped and tortured and almost killed.

Actually, it's these assholes who lack judicial temperment; their statement about Kavanaugh disregards justice:

Brett Kavanaugh’s fiery appearance before the Senate Judiciary Committee last week got failing marks from more than 560 law professors at nearly 100 schools in an open letter saying the Supreme Court nominee failed to demonstrate the judicial temperament required by the position he seeks.

“We regret that we feel compelled to write to you to provide our views that at the Senate hearings on Thursday, Sept. 27, 2018, the Honorable Brett Kavanaugh displayed a lack of judicial temperament that would be disqualifying for any court, and certainly for elevation to the highest court of this land,” the letter reads...

Inquisition mindset. Witch trial mindset. These assholes are critical of the accused while making no criticism of the lack of due process of the situation, or any criticism of the presumption of guilt being applied. They are expecting him to behave as a judge should, but while acting as defendant while not being given the opportunity to fully defend himself (face accuser, cross-examination, reasonable doubt, impartial jury of peers, rules of evidence, lack of preponderance, reasonable grounds, etc.). And the worst thing is that they don't put themselves in his shoes. Just like Inquisitors and witch trial jurists. They themselves are not being "put to the question." They are criticizing from positions of safety. How would they hold up under the same circumstances? Would it suddenly occur to them that maintaining a "judicial temperament" in a farce is not appropriate, but serves to lend credibility to an injustice? I'd bet money on it.

Heh. Take any one of these assholes, and just sign up for one of their courses, and then, during class, fail to display the requisite level of respect that they demand. Show not quite enough reverence, and see what their reaction is. Test their own "judicial temperament" in being challenged over some trivial, technical point of law, and especially if they can be shown to have been mistaken about some small fact. Of course their immediate response to your pointing out their lack of comportment would be that the classroom is not a court of law, and the situation is not a trial over which they are presiding.

It's amazing, isn't it, that these brilliant law professors didn't think of any of these ideas before shooting off their mouths and jumping on the Inquisition bandwagon to sign the open letter?

One of my state's idiot Senators:

Klobuchar Dodges Question On Whether She Would Prosecute Kavanaugh

Despite her firm opposition to Kavanaugh, Klobuchar avoided answering the question directly, adding that she has "not looked at the evidence in that way."

So, since it's a "job interview" and not a criminal trial, the notion of fairness in establishing guilt or innocence doesn't apply? If so, why? It's anything goes, for some unidentified reason? But yet this same "job interview" principle doesn't apply to Keith Ellison and the accusations of abuse against him?

I keep thinking of all of the times that I've heard lefties trying to sell the Narrative™ that Trump is stupid, inexperienced, childish, emotional, unknowledgeable, embarrassing, vindictive, etc. He has never come close to the left's leaders' displaying of those qualities in regard to the Kavanaugh hearings.

Did I read something right out there on the Interwebs?

Did a bunch of Harvard students just declare that Kavanaugh's presence on campus is sexual abuse?

And that's where our future leaders are supposed to come from?

Valuing the idea of the presumption of innocence make one an "uncultured swine":

I love that label. "Uncultured swine." I love seeing in action this woman's notion of being cultured and non-swinelike. Watch the video and judge for yourself via the paricipants' behaviors. The screamers/gesticulaters have no clue what their opponent is talking about. They've never heard of the concepts that he's using. When he mentioned the onus of proof, and not having to prove a negative, he might as well have said, "Blah blah mugwugga blugga blah blamma blah blah." That's what they heard anyway.

I think there's a lot of truth to this:

Just personal experiences here, but I have male and female friends who are moderate to liberal, voted for Obama twice, couldn't bring themselves to vote for either Hillary or Trump, but now are observing how happy they are with Trump's policies (despite still not liking his style). They are expressing anger about the treatment of Kavanaugh, especially the issue of the accusations being made into a circus despite no evidence, no corroboration, no specifics of when and where, and no outrage from the left about Ellison. They see Trump and the right as being honest and positive, and the left as hypocritical snakes who will stoop to anything for the sake of their own power. About to be hoist by their own petard, methinks.

Just so we're clear about the true nature of what's going on with Kavanaugh:

Some of the same celebrities now demanding Kavanaugh's life be ruined over unproven allegations are the same ones who defended Roman Polanski, a known child rapist, for decades.

Let that sink in.

It's only about power with the left, not principle.

And once they have power, people become livestock and often sex toys to them, even children

Trump is fighting a cult of sick fucks for whom child abuse is a religious tenet. Moloch worship is ancient and it persists, within the elites, to this day.

Luckily, his confirmation is only one day away.

Kavanaugh seals the Supreme Courts’ backing for military tribunals for deep state traitors. They have infiltrated the courts and every government agency, making civilian justice impossible. That’s how badly we, our parents and their parents, fucked up. But it’s going to be cleaned up, soon. Nothing can stop what’s coming.

I caught this comment out there on the Interwebs:

If Christine Blasey Ford is convicted of perjury, she should appeal it all the way up to the highest court in the land!

As long as I'm laughing, there's this.

A message by Paul Joseph Watson to the anti-Trumpers.

You f**ked up so bad, you made Lindsey Graham into a cool meme.

Let that sink in. pic.twitter.com/aDpQo3W3HQ 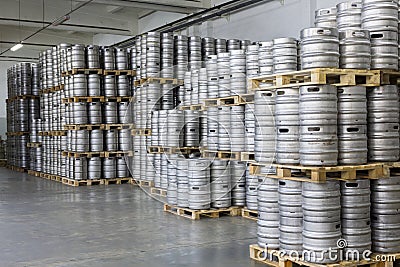 ... stocked up for the post-confirmation party.

Its not that I couldn’t hear her, it’s that I heard the audio get turned off, to blank silence while she responded, then it went back on after she responded.

I don't want to talk about it. --Brant

Hi. Not to detract from everything else posted above, but - er - you realize that Christine Blasey Ford was reportedly involved in CIA recruiting at Stanford, right? Her father was CIA, and her brothe

Well... the Dems wanted an FBI investigation. It looks like they are likely to get a doozy. From Politico: Cotton: Feinstein to be investigated over leaked letter from Ford In the